During the recent revamp of the site, I took the decision to deprecate support for Internet Explorer completely. There were a number of reasons behind this, and why I decided that now was the time to end support for IE.

In 2016 Microsoft all but ended support for the Internet explorer replacing it with the new Browser EDGE. Internet Explorer 11 would continue to receive security updates and technical support but no new features would be added.

The end result of this is that IE will never benefit from the new and exciting features which the so called evergreen browsers do. Therefore to use these new features , while still supporting IE means that a lot of work arounds and polyfills need to be added. Unfortunately to include these, users of evergreen browsers have to download, and to some extent execute code that they will never use.

This is fine on desktop for the most part they have access to reasonable fast CPUs, a decent amount of memory and fast, stable network connections. It is a different story on mobile, which in 2018 counted for 52.2% all traffic. These devices tend to have smaller CPUs and memory, and mobile connection speeds vary greatly. Any unnecessary bloat will have a detrimental effect on these devices.

Although I don't directly charge myself for my time in developing this site, there is a cost associated with supporting IE. As stated above IE requires extra code, and techniques to be applied to support features that would be standard in evergreen browsers. Not to mention the extra time for testing and bug fixing, not only to make sure that the features work as intended on IE but also to make sure that the IE workarounds don't effect the evergreen browsers.

Only having a limited time outside fall time employment, I felt that I would be better off directing this time else where.

This is really the biggest reason that I choose to deprecate IE Support. IE is just not used in that great a number anymore. Most users have migrated off IE already ether to Edge or one of the other evergreen browsers. 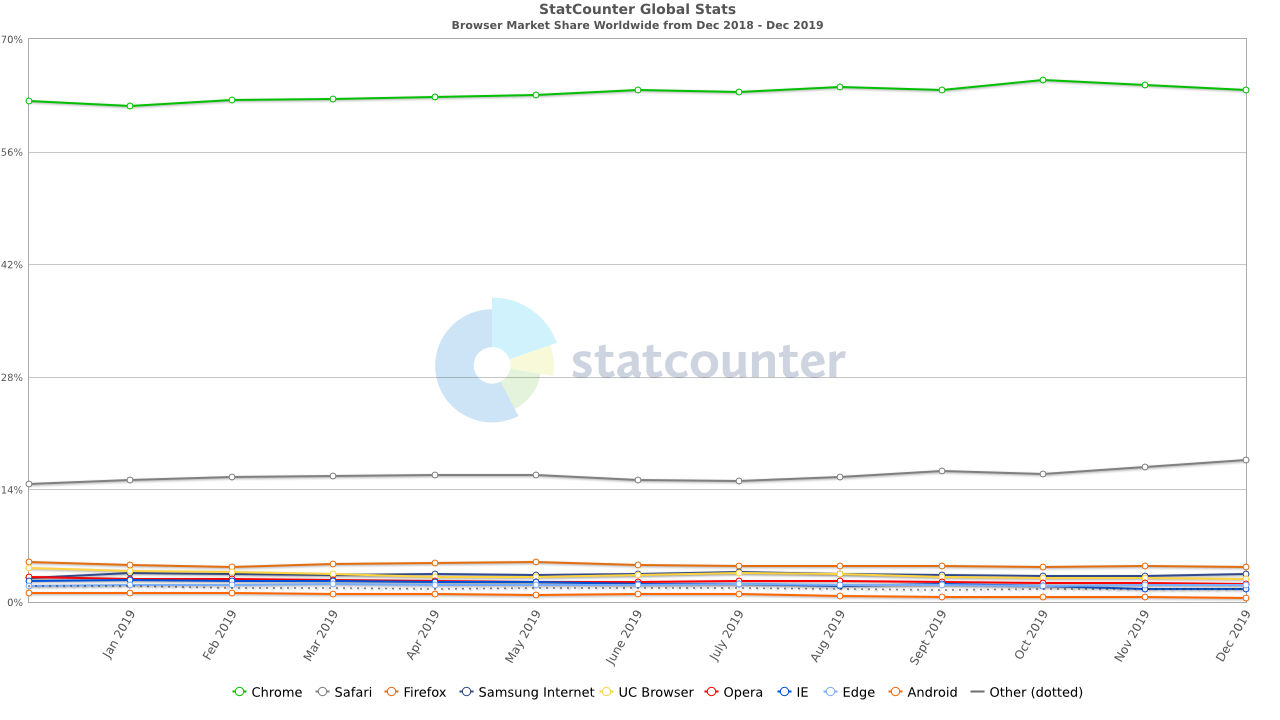 The latest stats from Statscounter for December 2019 shows the overall usage for IE to be 1.57% of all internet users. This makes the time and effort , as well as the performance penalty a poor choice.

It is also likely that this number is only going to trend down further with Microsofts own cybersecurity chief Chris Jackson suggesting users stop using IE. Microsoft software engineer Eric Lawrence also wrote a blog post about retiring IE. Eric also followed this up with a even blunter tweet

"I don't know who needs to hear this, but...don't use Internet Explorer to browse the web."

On the 24th September 2019, Atlasssian also announced that they were retiring IE support in all their applications, including the popular JIRA and Confluence.

At this point it feels like Internet Explorer shouldn't feature in future development.

I have made the choice to deprecate IE support based on the above, and feel that IE should not be supported by "default" any more. That said it does depend on a sites users, and before deciding whether to continue supporting IE in current or future projects you need to look at your site users. If you have a significant user base still on IE then it may make the best business sense to continue supporting IE. In my case for this site it did not.

You appear to be using Microsoft Internet Explorer (IE) to visit this site.

DotMH.io does not support IE. It is recommended that you upgrade your browser to a more modern one.

More information on why DotMH.io does not support IE can be found here.